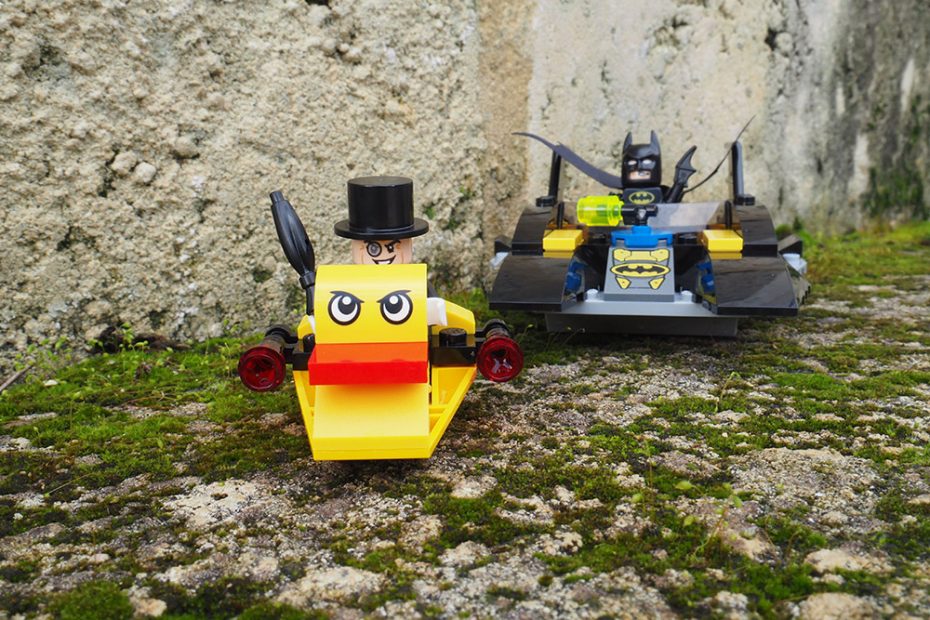 Sometimes we buy a set to get a bargain on another set. This is one of those times. We saw a fantastic deal for the LEGO Shuttle at David Jones. Buy 2 sets and get 20% off both. So we snapped up the shuttle, and found a small set to get the overall discount. Everyone loves Batman, so we thought this little set met the bill. Cool, cheap and great characters.

Excited, we pressed the buy button. A couple of days later, we got the notice that David Jones refunded the shuttle and instead left us just with this Batman set. Whoops!

With only 54 pieces it should be a pretty quick build. Marketed under the Junior banner, for ages 4+ it is targeted for those who have moved on from Duplo, but are just getting started with LEGO bricks. We start off building Batman. I really like the way Batman’s printed head has a white headband so once you put his bat ears on, it turns from a head band to the inner eye protection of the mask. It’s great.

We then built the bat boat which is a quick build with mostly large pieces so should be easy for little hands to complete. I’ve not come across the rear wings used in this set, so they will be a solid addition to the brick pit. There is also a small half height visor which is new to us. The front cowling of the set is made up of a sloped printed brick to add some flair to the bat boat.

Once Batman is ready to fight crime, the next Minifig is the Penguin. He’s a small but rotund little character so the use of kid Minifig legs and the pot belly printed onto to the torso represents this well.

The Penguins’ duck boat is very small and looks to be no match for the bat boat! Perhaps it’s agility will help Penguin get out of tight spots. The build is a little more intricate than the bat boat but still should be easy for little kids to make. Until the printed duck eyes are added, it doesn’t really “click”. But once they are on, the whole vehicle works well. The standard red plate for the bill shows how even basic elements can be used to great effect.

Overall, this was a set that we wouldn’t normally buy for ourselves, but once it arrived, we had a lot of fun building it. It would be a great present for a birthday party being cost effective but still having a lot of swooshability. Plus everyone loves Batman right? Even when he doesn’t pay his taxes.
Note: We played with our set in the water, but it’s not one that really floats. But Batman doesn’t let that stop him chasing the Penguin!