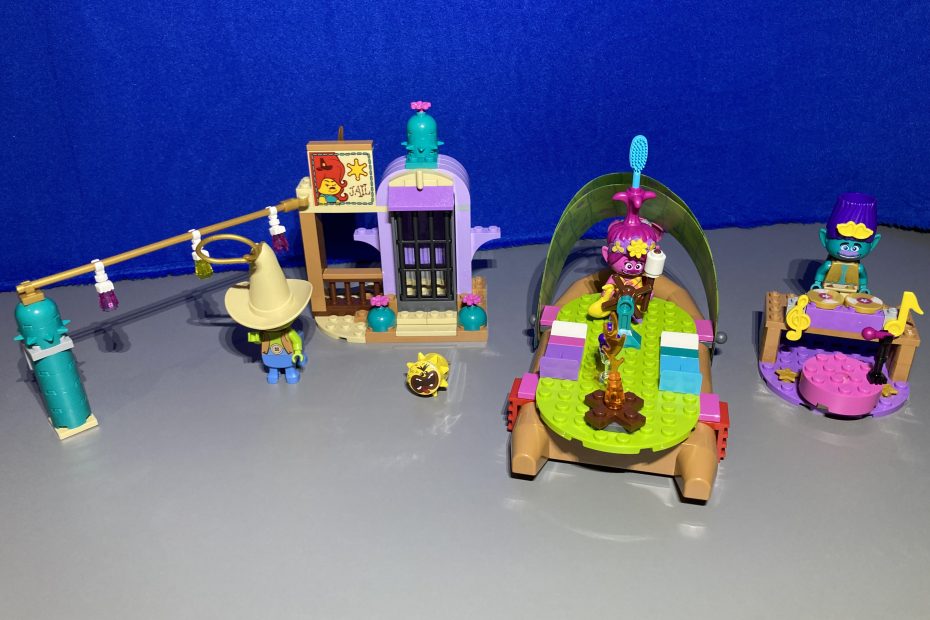 Today we have a special guest quick review from Sierra.

This lego set was pretty fun to build. I enjoyed building with the different types of pieces like Poppy and Branch’s hair and Hickory’s cowboy hat. I especially liked Poppy’s boat, because there is a secret compartment under it. If you lift up the part with the campfire, there is a area with cupcakes and accessories.

The first part of this set was Poppy’s boat. There was weird flappy parts that were used as shades for the boat. I found this quite satisfying to build for some reason. There was one thing that bothered me about the boat though…
As I said before there was a secret compartment in Poppy’s boat and in that compartment there were three cupcakes. In the instructions there was a picture of the cupcakes, which fitted perfectly in the area they were meant to be in. But when I tried to put them in, they wouldn’t fit.

It was really annoying and I tried for about 5 minutes before asking Oscar (my brother) for help. Well he was no help whatsoever (he didn’t even try). So then I asked Adam (my father) and he couldn’t fit it in either, so I ended up just letting them lay in there. I’m not sure if you’ll have the same problem – if you get this set –  but at least I tried. (Adam Note: This could have been resolved using a single stud underneath the cupcake to let them be mounted into place or updating the instructions to show them just sitting in the secret compartment)

For someone who’s never watched the new trolls movie, I didn’t exactly know what was going on, but overall I found this set really fun to play with and build.