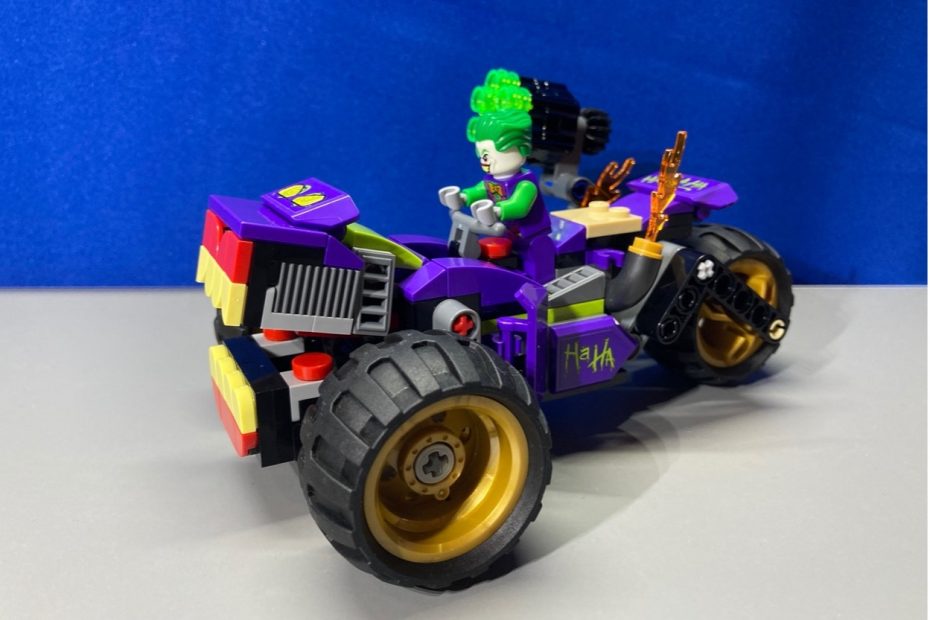 This set was a nice one to review, it had lots of cool functions and even though I’m not a batman fan, I loved it!

The set came with 4 minifigs. They were Batman, Robin, the Joker and Harley Quin. Harley Quin’s minifigure was cool because it came with a giant hammer that was very fun to thwonk Batman with. Batman was really interesting to as well because he came with 3 different capes you could customise on him and have him wear.

The first packets started out with building Batman’s car, tank, truck? I don’t really know. I’m sure it has a name like Bat-smasher or God knows what.

The second packet finished off the Bat-Smasher and it was where you saw its coolest features. The wheels had batman rims with a bat on them which my dad really liked but my favourite part was how the cabin, wheels and engine could all open up.

When the engine hatch opened you could take out the actual engine for batman to ‘fix’ or to do whatever it is a person does with a Lego Batman car engine. You could open the cabin up to take Batman in or out as well. There were also 2 cannons that shot things at the front of the car.

The last packets were the ones with the pieces to make the Joker’s shooty nom nom trike (Don’t blame me! I don’t know what they are called!) It also came with Robin’s bike which was red and looked really cool.

The Joker’s car was interesting, for one, it was much more complicated then Batman’s and it had many more technic pieces, but it was interesting how the designers incorporated so many cool features into such a small vehicle.

The main razzle dazzle part of the trike was the front, as it moved along a mouth opened and closed. It was really cool to move around and the only downside was that it didn’t open very wide.

The trike had some fire coming out the engines and also had a giant cannon that could shoot green transparent 1×1 circle plates on the side. It could move up and down and was amazing!

Overall, this was a pretty cool set. For myself, not being a Batman fan, it was still really fun and enjoyable to build and play with.