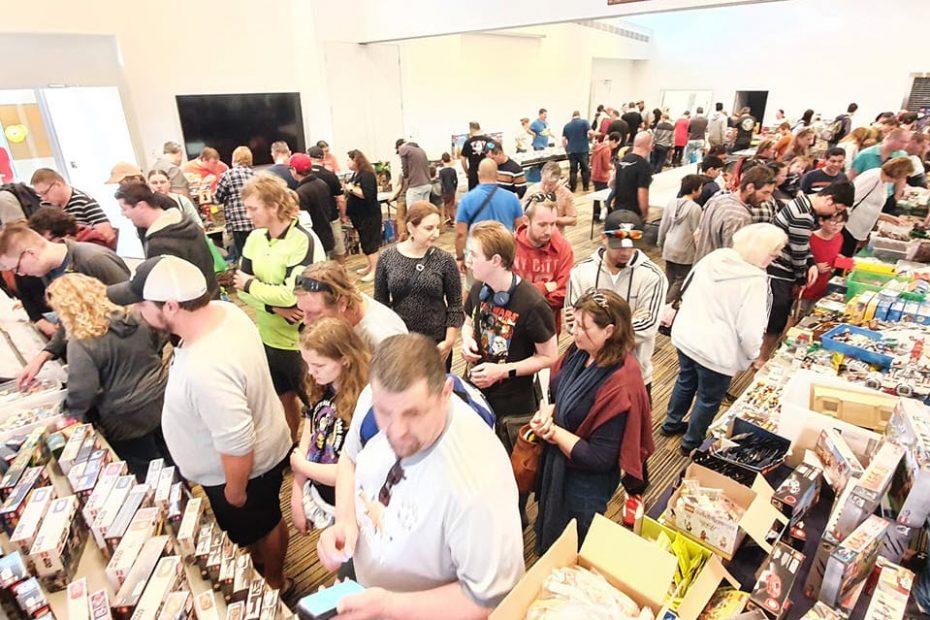 Yesterday PerthLUG kicked off an awesome LEGO Minifigapalooza event. Held in Como, slightly South of the Perth CBD, a wide variety of LEGO sets were on offer from about 30 different sellers. From what we could tell, pricing was pretty good, everyone was very friendly and a great time was had by all.

We arrived about 1.45pm and it was already going gang busters with people filling the hall and checking for great deals. In the middle of the room there were a couple of open tables people could use to trade their various minifigs or other LEGO items. There was even a brick pit where you could pick and buy parts!

There were at least a couple of sets that I hesitated as wanted to look around round back a few minutes later and it was gone. Lesson learnt for next time!

Notwithstanding, we did get a pretty great little haul and were very happy with the whole event. A special thanks to Dale and Ritchie – the Perth LUG admins who put a tonne of effort into getting it up and running, even through a couple of Lockdown related delays. Awesome event guys!