Our Top Picks For Winter Releases 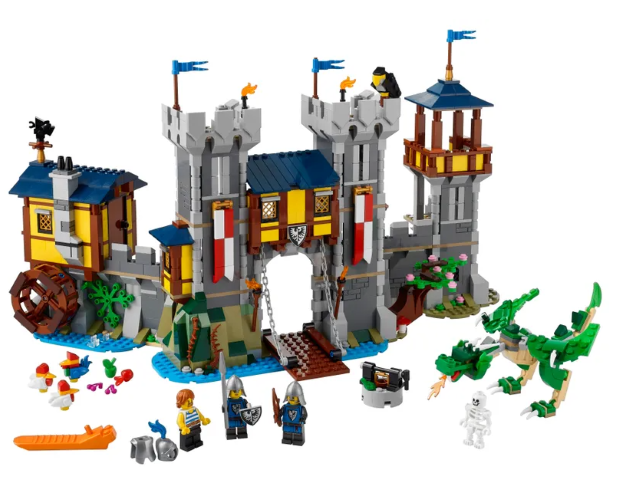 It’s not Christmas, but one of our favourite times of year is when new LEGO sets are released. We love checking out the catalogue to see what cool creations are about to hit the shops. There’s too many to list, but we’ve put a few of our favourites below.

I’ve always had a thing for Japanese supercars. I’m not sure why, but this will be a fantastic addition to the micro LEGO garage we’re building in our house.

Pentanet – A great wireless ISP in Perth, Australia has one and it looks fantastic in the flesh.

Since we built the Monkie King Warrior Mech (#80012) I’ve had a desire to build a big mech battle. I’m not quite sure why, but there is a strange magnetism to the idea. Also, who doesn’t secretly want to be Iron Man?

This set is so vivid and immediately catches your eye. It’s also perfectly on point with LEGO fans across the globe. We come in so many shapes, colours and sizes, yet we’re united in our love for LEGO. It might be a touch expensive for what you get, but it certainly is a showpiece.

This set reminds me a little of the Troll Warship set (#7048) that we picked up on Gumtree in Adelaide. Anything to do with Dragon’s and Castles is sure to be a winner with a huge amount of swooshability.

The Ferris Wheel is another set that we expect to have a lot of swooshability. The big brother Ferris Wheel (#10274) is fantastic fun. This one is bound to be just as fun, but on a smaller scale. It looks to be a great model to build your mini modular city.

Castles. Do they ever go out of fashion? Releasing a 3-in-1 Creator Set is a great idea and I’m sure there will be many who pick up 3 sets to build out a full Castle. The set lets you build the castle as shown, a tall medieval tower and a small local village.

The cherry on top – a working catapult! This set will be a huge hit.

If you’re anything like us, you’ll be excited for June to roll around. A huge amount of exciting new sets to build. If you think we’ve missed a great new release that’s your favourite, shout out!